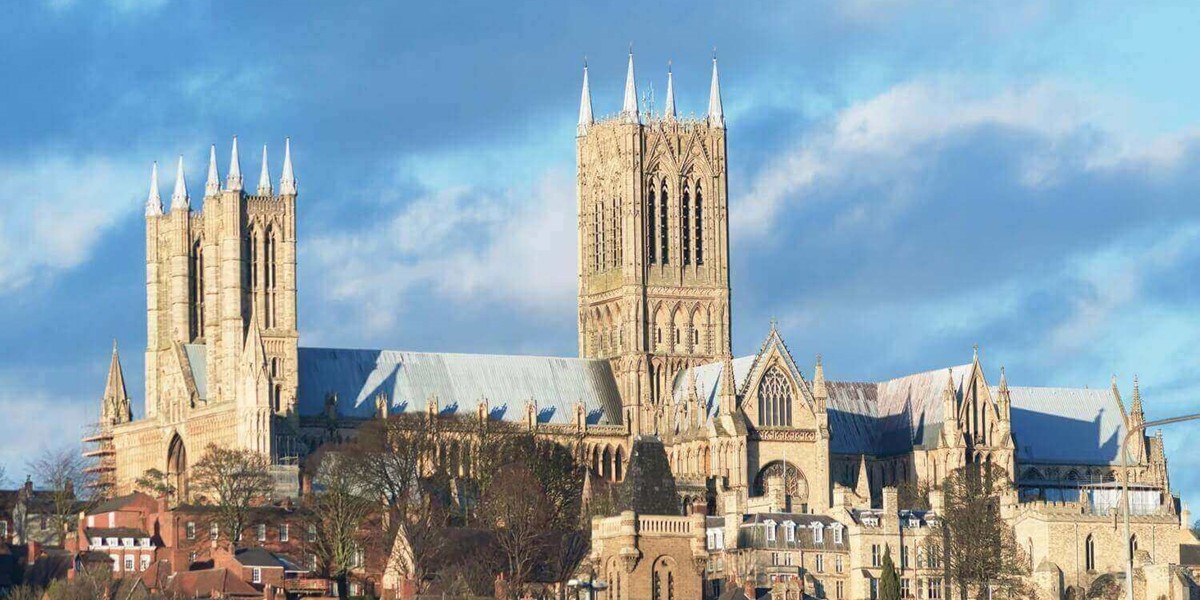 Lincolnshire, sometimes referred to as Lincs, is the UK’s second-largest county, nestled in the East Midlands of England. Due to its size, it borders eight other counties, including Norfolk, Cambridgeshire, Nottinghamshire, and South Yorkshire. Its North Sea coastline means plenty of seaside towns and villages, but there are also the beautiful chalk hills of the Lincolnshire Wolds, the southern Fens, and plenty of modern towns. The county town is the city of Lincoln, with one of the fastest-growing UK universities.

You have an enormous choice when it comes to where you want to live in Lincolnshire. City living or rolling countryside, there’s somewhere for you. Agriculture is strong here, with a large proportion of the country’s vegetable and cereal crops grown in the rural areas.

Vibrant cities such as Lincoln and Grimsby provide excellent links to Leeds and Manchester via train. Villages with a calmer pace of life can be found on the western fringes of the Wolds, such as neighbouring Tealby and Walesby which boast a wealth of countryside charm.

Excellent schools and an easy escape into nature make this county popular with families or professionals looking for a quieter commute.

Some of Lincolnshire's property hotspots

Lincoln’s city centre is a mix of history in the quaint Uphill Cathedral Area, with city centre Brayford Waterfront and Marina offering shops, restaurants, and a large Odeon cinema. A strong student population thanks to the university, Lincoln has a wide variety of property types, from flats to family homes.

Grimsby has excellent transport links lying at the end of the A180/M180 dual carriageway and a handy central train station. The Humberside international airport is only 20 minutes away.

The market town of Grantham, known as the gateway to Lincolnshire, lies 26 miles south of Lincoln and only 24 miles east of Nottingham. With its affordable property prices, good schools, and great transport links, it’s one of the top commuter towns in the country.

For traditional Lincolnshire life, try Boston, a medieval market town with 14th century St Botolph’s Church (more commonly known as The Stump) or Holbeach, the third-largest market town in the Lincolnshire fens. Holbeach is surrounded by more than 23,000 acres of reclaimed agricultural land and home to a campus of the University of Lincoln. There are also two primary schools and a secondary school.

For property by the sea, Cleethorpes is a wonderful option. Great for families with a total of 15 schools including primary, secondary, and higher education facilities.

See all our County guides