How the 2010s affected property prices 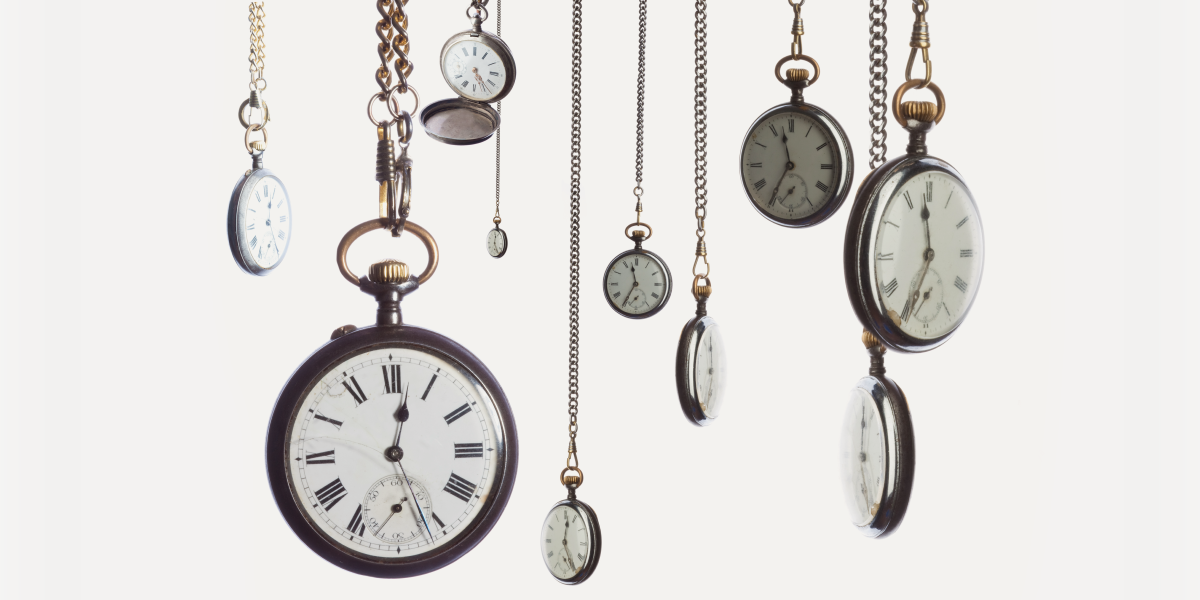 It’s safe to say the 2010s have been a difficult decade in terms of political uncertainty from the initial EU referendum to the final decision on Brexit.  This has been reflected in property price growth over the decade compared to the 1980s, 1990s and 2000s as reported by the Nationwide house price index.

How have house prices changed over the decades?

On average the property prices have increased by 33% over the decade which compared to the 2000’s at 117%.  The largest decade growth was in the 1980s at 180% with London seeing a massive 215% increase.  In the 2010s London saw a 66% increase in property price making it the highest region for growth of the decade according to the nationwide house price index. 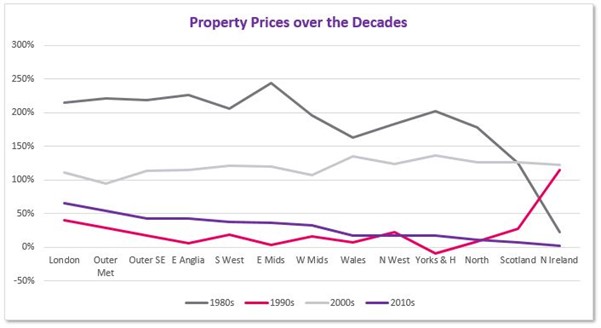 Land Registry data for the same period from December 2009 to December 2019 shows the regional value change as per the below.

What has this meant for house affordability for first time buyers?

The affordability ratio has risen in most reasons over the last 10 years to an average of 5 with the end of last decade standing at 4.4.  Mortgage rate payments have remained low so that has helped those starting a mortgage.  The Help to Buy scheme was introduced in 2013 and reportedly had helped 170,000 purchase a home under the scheme to 2018.

How has this affected those selling their homes?

Throughout the decade, the price has fluctuated with 2011 being a low house price rate of change according to the Office of National Statistics from this point the growth was strong until 2016 when we saw the EU referendum take place.  Although the price growth rate has been growth year on year it has been at a slower rate.  Most homeowners have been selling and moving to other properties so the price change remains relative. 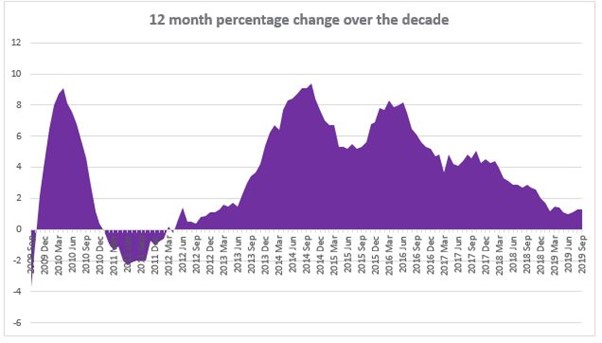 What does the future of 2020 and beyond hold for the housing market?

Since the last election in December 2019, the predictions for the property market have been strong for the beginning of 2020 with those who have delayed putting their property on the market now choosing to as the path for Brexit has become clearer.  Predictions are that 2020 should see a 2% rise in property prices so those looking to move will find demand from buyers is high so it’s a great time to put your property on the market.  If you are looking to sell why not book a free valuation with us, or take a look at our properties for sale.