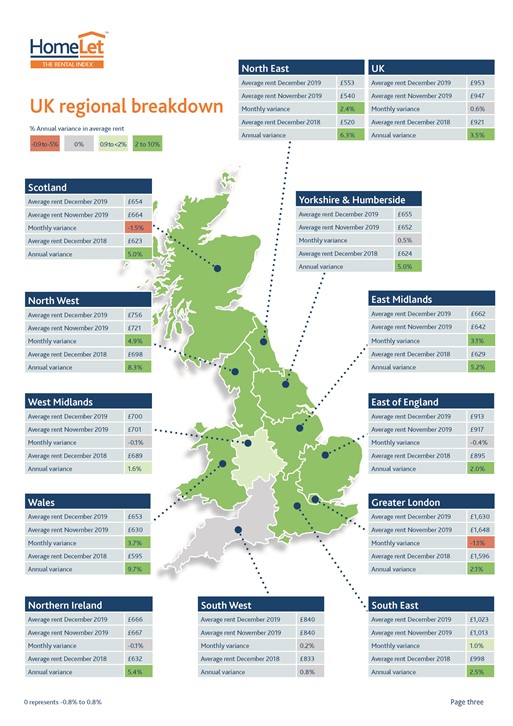 The data shows that the rental growth recorded in December 2019 (3.5%) appears to be significantly higher than the rate of inflation, recorded at 1.8%. Meanwhile, rents in Wales are growing faster than any other region in the UK whilst rental price growth in London has now decreased by over 1.0% for the past three months. Rental values in the North East, North West, East Midlands, Scotland, Yorkshire & Humberside, South East, East of England, Northern Ireland and Wales all rose at a rate faster than the UK average.

The annual increase in England was driven by the West Midlands and North West.

The lowest annual growth rate was in the East of England (negative 0.7%) followed by London (positive 0.2%)