An update on evictions in the UK

At the end of August, news of even more changes which will impact the Private Rented Sector were announced; however such was the complexity of information provided, you’d be forgiven for being left rather confused about the current status of evictions in the UK.

We hope this blog will help clarify the facts, and answer many of your questions.

A brief history of the changes 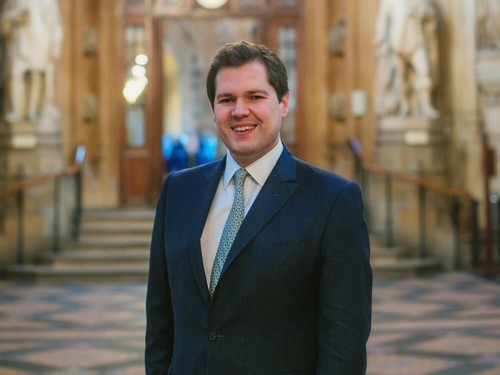 Right at the start of lockdown, the Secretary of State for Housing, Communities and Local Government pledged that no tenant would lose their home as a result of the pandemic. Of course, back in March, no-one quite knew how long lockdown would last and just what the impact would be on jobs and on the economy.

As the UK ground to an abrupt halt, businesses, schools – and the Courts – all temporarily closed their doors. This put a stop to any ongoing possession hearings, and it of course meant that no new cases could be heard.

Meanwhile almost ten million members of staff from a vast range of businesses were placed on furlough. We remained hopeful that the Chancellor’s generous salary guarantee provided to so many people would help ensure that the majority of tenants would still be able to meet their rental obligations.

Any tenant struggling to pay their rent was urged to speak to their landlord or agent. Thankfully, many did.

Indeed, we witnessed some extraordinary acts of generosity from landlords who agreed to waive or reduce rental payments from tenants who were struggling because of the pandemic. Meanwhile, the honesty of tenants who came clean about their situation was welcomed; after all, if a tenant defaults on their rent they are always going to find it difficult to get a new property in the future, and that would only harm them in the long-run.

The Coronavirus Act 2020 which was released at the same time as lockdown measures imposed stated that a minimum three-months’ notice would be required for possession. This was a modest increase of just one month for standard ‘no fault’ eviction notices.

Over the last six months, many landlords who have served such notices have successfully regained possession of their property, only having to wait an additional month.

The Courts were due to re-open for possession claims in August, but this was postponed by one month until the 21st September.

Meanwhile, in recent weeks more complex changes to notice periods have been announced - so we’ve broken down the latest advice down for you.

Section 21 Notices are primarily used by a landlord who wishes to have their property returned to them when the tenant is not at fault. This is often when the landlord wants to sell, or perhaps needs to move back into the property themselves.

Because a Section 21 Notice does not require a landlord to produce any evidence against the tenant, then these cases don’t need to be heard by a judge.

This type of notice is often served at the same time as a Section 8 Notice (see below) where a tenant has breached their agreement, for example where there has been anti-social behaviour or arrears have built up – this is because it guarantees a possession order will be granted once the notice period has lapsed.

If a Section 21 Notice expires, and the tenant hasn’t vacated, then the landlord needs to apply to the Court for a possession order.

As mentioned above, a Section 8 Notice is issued when the tenant has breached their tenancy agreement. Unlike Section 21 Notices, these can be served at any time during the tenancy – provided there is a valid reason.

When a Section 8 Notice is served, there is a court hearing where a judge will decide whether the tenant has breached their obligations. If they do the judge will grant a possession order and a bailiff can be appointed.

Changes in the rules since March 26th

Courts were closed in March. Initially the hope was that they would re-open in August, however this closure was extended until 21st September, and thankfully are now open.

Pre-lockdown, provided the tenant was on a periodic tenancy - or the notice was being served for the tenancy to end on the same date that the tenancy agreement was due to expire – then a Section 21 gave the tenant two months’ notice of the landlord’s requirement to regain possession.

In March, this two-month notice period was extended to three months. This was in order to help tenants have a little longer to find a new home in what was expected to be a relatively slow market, and where it was anticipated viewings and home-moves would be harder to arrange.

The most recent change now is that new possession notices must provide the tenant with six months’ notice – except in certain circumstances (see below). This new rule will be in place until 31st March 2021, meaning that any Section 21 Notice served between now and the end of March will need to give the tenant six months’ notice.

Example: If a landlord served a Section 21 Notice to a tenant on the 1st August, then they should expect the tenant to return the property on or before 1st November.

Meanwhile, if a landlord served notice on the 1st September, then the tenant has the right to remain within the property until 1st March – although certain breaches of the tenancy agreement can reduce this time.

However, in our experience, when a tenant is informed that they are going to have to move out at some point in the future, then they sometimes arrange to find and secure a new home before the Section 21 Notice expires. Indeed, if they have been a reliable tenant and have conducted their tenancy well, then at [brand] we would always want to help them find a new home. In these cases, we can help them to serve a reduced notice – if that is what you, the landlord, agrees to.

There are a number of scenarios where the notice period served can be reduced; and now that the Courts have re-opened then landlords will be able to seek a speedier possession. These include

The notice periods for the above scenarios vary between two weeks and three months, but they offer some comfort that problematic and dishonest tenants may be evicted more swiftly.

If a tenant has more than six-months’ worth of accumulated rental arrears, then a court will hear a possession claim. If the judge agrees the tenant has unreasonably breached their agreement with you, they will issue a possession order.

If the possession order was already in progress before the Courts closed, then these cases should restart in a matter of weeks.

If you have a tenant who entered arrears during the first five months of lockdown, and they were already on a periodic tenancy, then it is highly likely that the tenant will have been served a Section 21 Notice alongside the Section 8 Notice for non-payment of rent at some point over the last five months. This notice will either have already expired; or will do so in the coming months.

That’s because the notice given will have been three months.

Therefore, if this notice period has now passed and the tenant still hasn’t moved out, then you can apply to the Court for a possession order. However, do bear in mind that we are anticipating Courts will have a backlog as there have been no possession hearings for more than six months.

If that date hasn’t passed yet, then as soon as it does and if the tenant doesn’t leave then you can follow the process above.

The most unfortunate group of landlords are those whose tenant has only recently fallen into arrears, as the minimum notice period which can now be served is six months.

However, it is important to remember that some tenants who find they are unable to pay their rent don’t want the pressure of arrears building and growing out of control. After all, tenants are still liable for the rental debt, even if they keep the roof over their head temporarily.

Therefore, if they know their income has been impacted some tenants are serving notice and leaving voluntarily, choosing to move back in with family or friends.

Call out:  Rent and Legal Protection

If you arranged any sort of Rent and Legal Protection either through us, or through another organisation then do check the terms. Because depending on the policy you took out, you could be covered for up to 12 months’ rent. This will be reassuring for any impacted landlords, particularly where you rely on the rental payments to cover your mortgage or supplement your income.

Earlier this month, the Government announced an additional range of measures aimed at protecting tenants at risk of being made homeless, particularly over the Christmas period. There are some exceptions, including where a tenant has committed fraud or have demonstrated anti-social behaviour; however, in most cases it appears bailiffs will be issued guidance stipulating that they will be unable to enforce possession over the Christmas period.

Staying within the Law 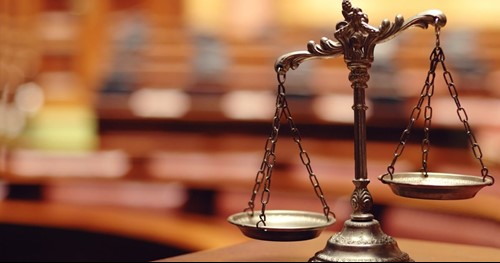 Whilst some of the measures brought in by the Government feel weighed towards tenants, we would urge landlords to remain within the law.

The risks of breaching the rules and undertaking an illegal eviction are too high. We always recommend speaking to tenants about their options. Tenants who default on the rent and remain in the property longer than they are legally entitled to will struggle to move into another privately rented home in future, and the debt could stay with them for years.

Just as we encouraged positive engagement between all parties, and to seek an arrangement where a tenant found themselves in difficulty at the start of the pandemic, our advice today remains the same.

If a tenant is unable to pay their rent and has been served with an Eviction Notice, we will talk to them about their options. If they serve notice on their own terms they can leave before the problem spirals out of control. Provided the tenancy has moved onto a periodic arrangement the tenant only need to give one months’ notice, and so ending their tenancy before they are taken to court will limit their liability and help them move on more quickly.

As tempting as it could be to force the tenant out, or to replace the locks on the door, the penalties for undertaking an illegal or unlawful eviction can be harsh.

Under the Protection from Eviction Act 1977, only a bailiff can lawfully evict a tenant, and this can only take place after the tenant has refused to leave the property once the correct notice period has passed. Anyone who undertakes an unlawful eviction can expect to receive a fine – and the amount varies based on the impact to the tenant. For example, if the tenant has had to move into temporary accommodation then the landlord could be forced to pay an amount equal to those accommodation costs.

Finally, An unlawful eviction would almost certainly jeopardise the landlord’s ability to reclaim the arrears from the tenant – which, if the landlord is looking to regain possession because of non-payment of rent, would be a particularly bitter pill to swallow.

We hope this explains the current position on evictions, and how were doing everything we can to help you navigate these new rules. If you have any further questions or concerns about evictions, please speak to your local haart branch.